What are the Emotional and Mental Effects of Cyberbullying on Children? 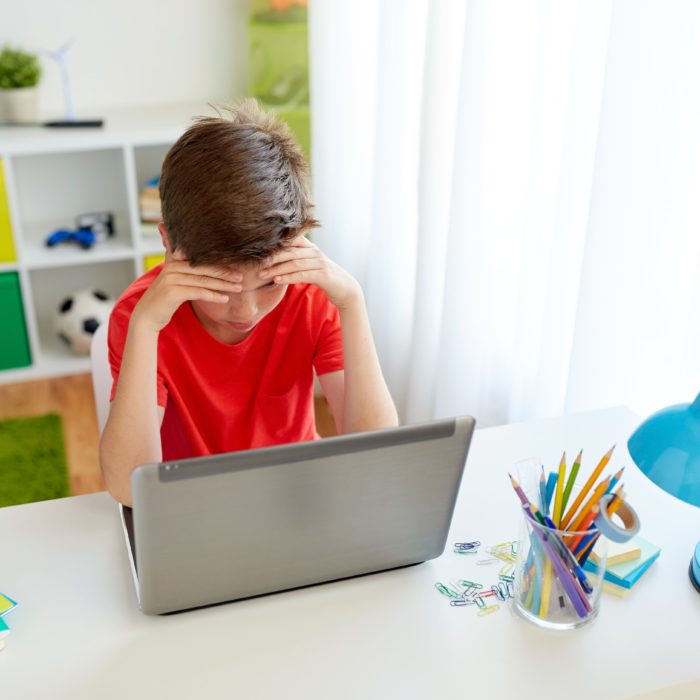 Cyberbullying is not a new thing now. Probably, some of you must have faced it too, or some of your children must have been a victim of it as well, right?

So let’s begin with the basics. Cyberbullying or Internet/Online bullying is the form of bullying happening over electronic devices. It can be related to anything like blackmailing, passing hate comments, degrading forms of humor on a social platform, cyberstalking and emotional torture, sharing false posts/comments and so on.

Cyberbullying is usually been done on some very common social media platforms like:

These are some of the places where children experience bullying most of the time.

Let’s read more about this further-

Who are the most common Victims of this cyberbullying?

Who are the Children who tend to bully?

Any type of bullying makes a person feel powerful and supreme. The same psychology works with children as well.

There are two types of children when it comes to bullying;

Some children don’t understand the consequences and the severity of the after-effects of cyberbullying and hence they find spreading rumor’s, mocking someone or passing false information and hate for fun is okay.

Such a mentality and the tendency of children who are not been talked to or given guidance about cyberbullying play the role of predators in most cases.

Why has Cyberbullying taken a rise?

Children are growing up in the immensely rising technological updates. Children are handed over mobile phones and are exposed to social media at a very young age. They have access to the internet and immense content streaming online.

Kids have knowledge of so many things that they find it difficult to segregate the information which is right or wrong because of no or very low guidance on the internet.

Children who are not taught about the right use of social media, often tend to create chaos for other children. Creating Facebook pages, recording pranks and posting them online, sharing hurtful memes and mocking their fellow mates are some of the things which are highly seen in children who use social media without proper knowledge or guidance.

What are the Emotional and Mental Effects of Cyberbullying on the victims?

Children who bully aka the predators, feel a sense of power and relief when they bully others. Or at times, children have the intention to make some harmless fun but it creates a negative impact on the victim.

Children who are bullied or are mocked online always have the sense that their content is out and exposed to the world. They know it will always be there and it cannot be unseen or deleted from everywhere. Thus children get embarrassed and feel humiliated not just in front of their classmates and people they know, but also in front of the whole world. This takes a toll on their emotional health and thus has a negative impact on the victims of cyberbullying.

Children after being a target of cyberbullying often tend to keep themselves off socializing. They know that everyone out there has seen what is online and they think being alone is the only choice they have been left with. Children, after being mocked or harassed online, avoid social contact with their friends too and they also get emotionally damaged due to this online bullying.

The other emotional effects of cyberbullying include the feeling of extreme anger, guilt, powerlessness and these emotions take a toll on their health too.

Along with emotional effects, children also face mental effects after being a victim of cyberbullying. Some of them can be listed down as under-

Children who are bullied online, often fall into the trap of depression and anxiety due to either isolating themselves or overthinking about everything they say and do, not just online but offline too.

Not all children are mentally strong enough to move past an event. Hence, they tend to think too much about the situation and feel like they are no longer worthy of living or they have no right to live or they have shamed themselves in front of everyone or that they cannot live a normal life after the incident. Yes, cyberbullying impacts so negatively in children, that they attempt suicide or have suicidal/self harm thoughts.

The other mental effects of cyberbullying are poor academic performance in academics. Children also tend to develop low self-esteem after the incident.

How can Parents contribute to reducing cyberbullying?

Parents have the power to make or break a bully. While giving children their exposure to new devices and gadgets, parents should also teach them how to use them properly.

You can keep track of your child’s online activities so that they don’t fall prey and neither do they become predators themselves.

Parents should guide their children about the ill effects of overusing the internet and the consequences of cyberbullying.

They can also install parental control apps for android now that specifically build your child’s device and can be downloaded from the app store easily and restrict their children to only safe and healthy browsing. These apps will help you monitor your child’s online activity and will also keep them safe from the unknown dangers of the internet.

Children should also be provided the access to only tools, gadgets and apps which are fit for their age.

We all know cyber bullying has so many negative effects and these are 10 times more sensitive when it comes to children.

So if your child is a victim of cyberbullying, don’t hesitate to call out on the bullies, support your child, take them for therapy or talk to them and make them feel comforted and move on from the event.

And if your child is a bully online, don’t hesitate to call him out on his actions and take serious measures to control his behavior online.