Bouncing Back to Reality 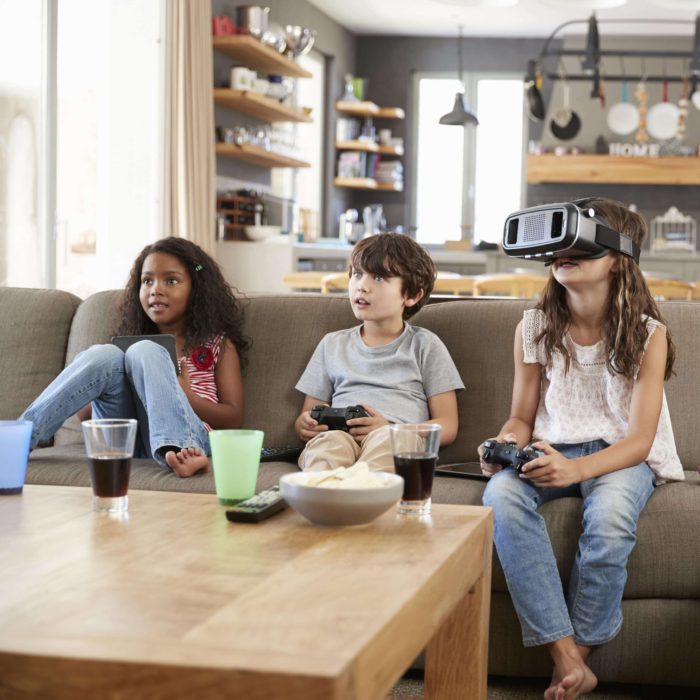 You must have heard this term before ‘Bouncing back to reality, isn’t it? It is often used in association with certain dreams people witness. Some of them are so strong, that they often feel real. People have a hard time getting out of them as well or some people tend to have a creative mind. They are often seen wandering and imagining a lot of mostly unrealistic scenarios.

In such circumstances, we often caution or considerately tell people to get out of their imagination and bounce back to reality. You must have surely said it to someone or may have said it to you, isn’t it?

But we are going to understand the other side of it which is in consideration with children. Especially in the digital age, when technology and new gadgets are exposed to them from a very young age, it has been seen that it is impossible to separate them from each other.
Let us see how bouncing back to reality is a need for age especially in children. They have been so engrossed and living in the virtual world, that it is almost impossible to bring them back to the real world.

The internet is flooded with so many people and opinions and a lot more jazz. With children being so much influenced by the glamour of digital media, it is impossible to keep away from it. On the other hand, do you realize how much they are influenced by it? How much do they lose themselves while looking at the screen?

Surely, you must have heard them talk so much about digital media or social media for that matter and told you how amazing it is. They must have been constantly talking about the new videos they’ve seen, the amazing games they have discovered or the latest trends happening on the platform.
Even though you are fascinated and amazed by the fact that your children are aware of so many things, there might be a chance that they are deep into their social world and have almost lost connection with the real world. We can list a few signs for you which can help you understand if your child is completely immersed in the virtual world
• They are constantly hooked on their phones. They just cannot keep it away from them and want to know what is going on every minute.
• They want their phones to be with them right after they open their eyes and right before they shut them down.
• They are always talking about what they’ve seen on social media. Their normal conversations seem all about “what’s new?”
• Your children cannot witness a single moment without capturing it. Have you noticed? Whenever you go out together, a snap of the food or an OOTD (outfit of the day) or a live stream is a must for your children.
• They are always enthusiastic about the latest gadget or are influenced by the newest update happening.
These are just a few signs your child is very much into the virtual world and can absolutely not get back out of it.
Such a situation should be a red flag for you as parents. Your child is day by day getting into the virtual world and will one day develop an addiction. And any type of addiction is overall an unhealthy habit. But this addiction may emotionally and mentally harm your child’s health.
Let’s take an example. Alan loves Instagram and can absolutely not go more than 30 minutes without using it. One day, his mobile drops in a pool while making a reel itself and has now lost the display and functioning. Alan now starts panicking. He is now worried about what happens to his phone. What might his parents say? But most importantly, he is now worried that he cannot share the reel he just shot. He may have not backed up a few things. The phone might take a longer time to get repaired and he may miss out on so much that is going on. What will happen when he doesn’t have his phone or the internet? How can he access his social media handle?
Now Alan starts getting anxious and he starts getting aggressive. He wants his phone repaired immediately no matter what because he won’t be able to accept reality without having his virtual existence. In spite of repeatedly asking Alan to join his friends and be in the moment. He couldn’t stop worrying about his phone. He wanted to go home or rather a phone repaid center immediately. His hyper behavior made everyone around him worry about him.
This shows how much Alan was into his little bubble of digital media and what happened when that bubble got busted.
Not just Alan, but so many children like him are so much into their virtual reality that when the time comes to survive without any gadget, may it be for a short period, they start getting hyper and anxious. So much that it is concerning for people around them.
So, what can you do about it? Surely, just talking, instructing, controlling or even threatening your children is not enough. There is a huge possibility that they might not listen to you. And end up revolting back or ending up using it anyway.
This is when parental control apps come into action. These apps have various features to control your children from getting influenced by their gadgets. Some very important and specific features must have in parental control apps are
• A parental control app must provide the facility to control the play store which will eventually keep your child from not downloading apps that don’t fit their age.
• These apps also need to include a feature to limit the screen time of children along with including a YouTube safe search option. This way you can keep your child safe from watching or exploring unfiltered content.
• Parental control apps should also provide options to use child locks along with a feature which help you create personalized browser safety plans for your children.
• An app which includes the app blocking features along with content blocking features should be the right one to use.
• Some parental control apps also help you track the location of your child along with features of online protection. This is again an important feature concerning child safety.
• Such apps should have a remote device management and advanced security settings to keep your child away from their device after a specific period of time.
To prevent your child from getting immersed into the digital media and social platforms, parental control apps play a huge role. Parental control apps help to keep your child on track in real time and not let them drown into the reel zone. A strict plan of action is a must to help your child bounce back to reality and parental control plays an important role in it, then may it be with the help of apps or may it be by means of traditional parenting techniques.